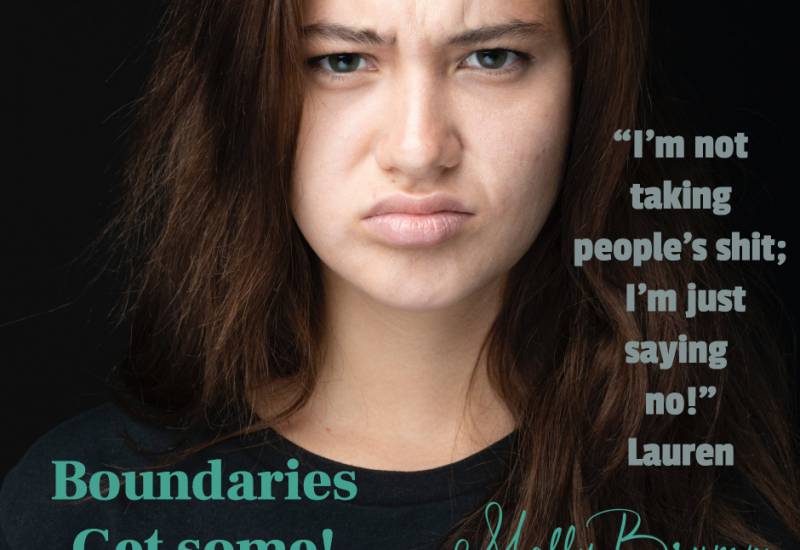 I used to make excuses for how other people treated me. Now I’m not!

My client, Lauren, has grown up with lots of put-downs - the not-so-great Aussie style of humour.

And NO it wasn't funny as a child.

It's not funny now either.

What's worse is that when adults speak in this way to children and particularly to their own kids, they have so much POWER.

They imprint their own low self-esteem and lack of confidence. They plant their negative voice inside their child's head.

This internal voice that nags, judges and stops you getting out of your comfort zone and taking risks grows up with you.

Even when you are finally free of your parents' influence it continues to latch on, like a leech.

A negative internalised voice that’s constantly sucking your enthusiasm, de-motivating you, stopping you from doing new things with confidence, reminding you …

It terrifies you by murmuring…

So using Energy Kinesiology, we worked on a new VOICE. One that gently said inside my client's head:

"What I have to say is valuable, people listen to me."

After releasing all the sabotages and blocks relating to her childhood and consciously seeing how this was impacting her adult life she emailed me:

"I feel slightly calmer at times, feel as though I’m breathing slower which is nice. I have had an awful headache the last 2 days though. Also I’ve rested more rather than running around like an idiot all day everyday.

I really enjoyed the session and am looking forward to my next one with you.

Thanks for checking in.

NB Had the headache all weekend started after dinner, Panadol didn’t touch it.  Then I woke up Monday morning and it was gone. Just completely gone!!”

Note the headache. A physical pain that left as suddenly as it came on. This is an example of energy shifting. And Lauren accepted it and also took extra care of herself - resting more. This allowed her to embrace the changes that her energy field was integrating into her physical field.

So when she came in for her next session I asked her what she’s noticing now she’s ‘detoxed’ some of the psychological damage from her parents’ poor parenting skills. (Makes you wonder what they endured as wee kids too)

She sat and quietly thought over her last 2 weeks and then said she’d noticed some definite shifts:

“I’m not taking people’s shit, especially in dating world; I’m just saying no! Don’t need this crap -  see you later. I used to make excuses for people’s behaviour and now I’m not.”

This is an awesome change. Now she was able to have clearer boundaries and not accept other people’s disrespect for her time and her commitment to social engagements.

She went on to say she’d also noticed a:

“Change in my breathing, I’m breathing deeper, and I feel really odd like I’m longer in my torso.”

She added she’d shared this new physical feeling with her friend (who had referred her to Conscious Heart Kinesiology).

Her friend responded by reassuring her:

“It’s not odd to express changes you’ve had since seeing Molly because I see her too.”

Feeling longer in her torso? I believe this is because Lauren is breathing more deeply than she ever has before. She’d tried Breathing mediations but they made her feel worse. I suspect she’s held her breath a lot as a child trying to cope with anxious feelings and her natural fight/flight response when adults had a go at her.

So once her diaphragm is freer to move and release, she gets more air in and she is beginning to experience more fully her own body, her lungs full of air.

And this is crucial. Anxiety often makes you a shallow breather, which intensifies the feeling of anxiety because without air we die. But she couldn’t’ breathe deeper until the subconscious felt safe to do so.

I love kinesiology. It opens us all up to being MORE OF WHO WE ARE MEANT TO BE.

P.S. Lauren gave me permission to use her real name.

Life is real and so too are the transformations possible when you commit to Energy Work!